TIPS FOR BUYING DIAMONDS IN SINGAPORE

Everyone acknowledges the aura of diamonds, from high and mighty, to royals and celebrities. But, of course, this says a lot about diamonds. Everyone knows diamonds as precious stones, but not everyone knows their story.

Diamonds represent strength, love, and brilliance. Modernization has brought about synthetic diamonds, which are used to craft diamond jewelry. However, when buying a real diamond, be careful not to be tricked, as artificial diamonds possess the same optical features as natural diamonds. 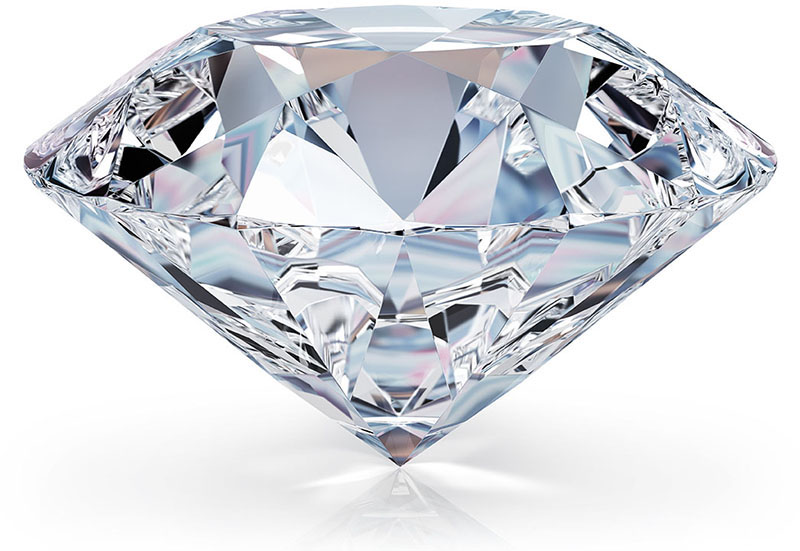 The name diamond is derived from the Greek word “Adamas,” which means unconquerable.  This strength is an attribute of a diamond as it is the hardest natural substance on earth, reading 10 on a Mohs scale of hardness. Diamonds are resilient, having lasted and remained a favorite through ages.

Diamonds were first discovered around rivers and streams in India in the 4th century BC. The native Indians traded diamonds with China transporting them through the Silk Road. At this time, it was valued for strength and worn as an ornament. Also used as a talisman for protection. During the dark ages, diamonds were believed to have medicinal properties.

A diamond is composed of carbon, formed under high heat and intense pressure underneath the earth, and then travels upward close to the surface via molten rock. When found, it is cleaned, cut, and polished till it dazzles.

Diamonds began being worn as fashion accessories in Europe in the 1400s by royals and elites. In the 1700s, India’s diamond mines were drained, and diamonds were discovered in Brazil, 1725. In 1886, diamonds were discovered in South Africa at the Orange River. In 1871, a large deposit was found in Kimberley, where a mine was opened. Cecil Rhodes founded De Beers Consolidated Mines Ltd to control the supply of diamonds and maintain price stability. Technology developed, and diamonds began to be mined underground.

Diamonds were first used as betrothal rings by the Romans in 1215, and today, 78% of engagement and wedding rings contain diamonds. However, political upheavals of the 17th century brought about wealth redistribution, and diamonds began to be worn by individuals other than royals or elites.

What Is A Natural Diamond

A natural diamond is a real diamond formed from carbon in the lithosphere over a long period, 1-3 million years. When small loose diamonds are mined or found, they are collected as a loose diamond; refined and used for industrial purposes or turned into jewelry such as diamond earrings, diamond bracelets, etc.

With technological evolution, many alternatives have been created in recent years, referred to as fake, synthetic, or simulated diamonds.  Examples are:

Contact us for a consultation and
evaluation from an expert gemologist 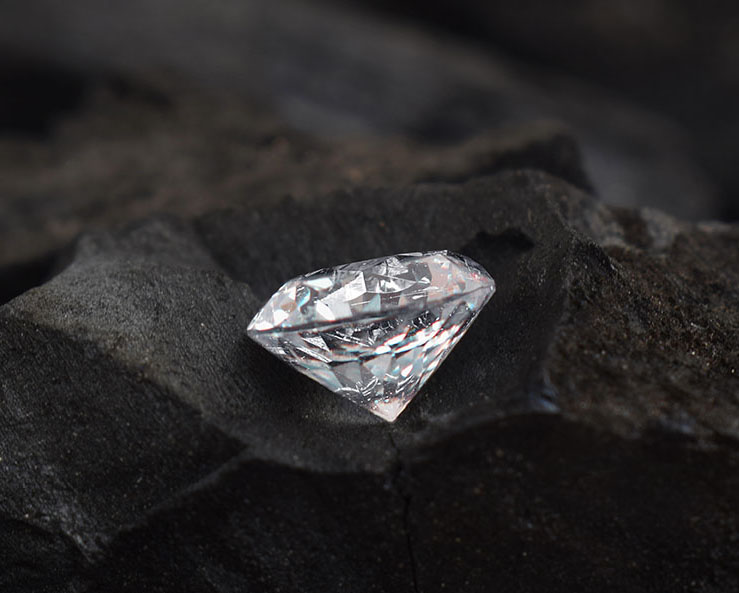 ◼ Lab diamonds: These are scientifically grown in a lab. Diamond seeds are subjected to heat and pressure under which it crystallizes to a full rough diamond. It’s grown to look identical and share all the properties of natural diamonds. In addition, they are formed within less than a month instead of natural diamonds, which could take millions of years to form.

◼ Simulated diamonds: These are stones that bear a resemblance to diamonds and have similar optical properties such as white sapphire, cubic zirconia, moissanite, zircon, etc.

Fake diamonds are much cheaper, have a shorter supply chain, and take less time to be created. Natural diamonds are a good investment. Its price is more stable as it has been traded for years. Its value is appreciated.

We all know colorless white diamonds, but have you heard of pink diamonds? This is because a chemically pure, structurally perfect diamond is transparent with no hue or color. However, impurities and structural defects in the crystal balance affect the color of a diamond. Hence we have fancy color diamonds such;  yellow diamonds, blue, green, pink, red, black diamonds, etc.

Color is one of the traditional characteristics by which a diamond is graded. It enhances or reduces the price. For example, a white diamond may have discounted price when tinted with a yellow or brown hue. Intense pink or blue diamonds such as the pink star and hope diamonds are highly valuable. Red diamonds are the rarest and most expensive.

It would help if you googled the “aurora pyramid of hope” to see the collection of 296 natural diamonds in various colors. Fancy diamonds range from flawless to included. Their tones range from faint to deep. The color source of pink and red diamonds has been attributed to enormous, additional pressure during formation and gliding atoms in its structure. Blue diamonds are blue due to trace amounts of boron in the crystalline lattice structure. Due to rarity, a red diamond is mostly a half-carat diamond or less than a 1-carat diamond.

The Gemological Institute of America introduced a color grading scale used for GIA-certified diamonds in Singapore. The scale ranges from D (totally colorless) to Z (pale yellow or brown). Diamonds with more depth of color than brown fall into the fancy color diamond range.

Diamond cut is another way diamonds are evaluated, the others being color, clarity, and carat weight. Cut refers to the proportions, symmetry, and polishing, while the shape is the outlined figure when viewed from the top downwards.

There are various cuts and shapes. There is the most popular round brilliant cut that you can use for diamond rings. It has 57 facets. We have princess cut diamonds with 76 facets and a strong sparkle. There is an oval diamond with 56 facets, often a center stone in a solitaire diamond setting. There are pear-cut diamonds with 58 facets mostly used as pendants for a diamond necklace. We also have emerald, cushion cut, marquise diamonds, pear diamonds, trillion diamonds, and many more.

The diamond’s cut is influenced by its natural shape and is extremely important as it could either enhance or reduce a diamond’s reflection.

Can I Purchase Diamonds For A Custom Made Ring?

From ages past, diamonds have been used for rings. Customizing engagement rings is an active trend that lets you choose the precious stone you want and alongside other details. When presented with an array of choices, it’s up to you to go for diamonds or whatever you want.

If you want your bride to shine like a diamond, then get her a diamond ring! Diamonds are forever, so their sparkle will never fade.

You can enhance or upgrade your current ring. For example, change the setting from cathedral to bezel, add more Diamonds to make it a three-stone ring or even change the center stone. Where To Buy Diamonds In Singapore

Diamonds for sale are available in Singapore both online and onsite. You could shop for diamonds in Singapore via online auctions, websites, and stores. Always trade with a reputable store. Before buying a diamond online; Check reviews, seek expert advice,  enquire about return and insurance policies, view 3D images and videos.

You could also visit a jewelry store where you get to see, feel and evaluate your diamond before paying for it. Once you pay, you gain instant possession. There’s no long wait for shipping.

Having researched, the best place to buy diamonds in Singapore is Dianoche. There’s no match to the quality we offer. There’s a wide array displayed to you. In addition, we offer in-house gemologists who help you select the most suitable diamond. To get your money’s worth, fill and submit the form below. 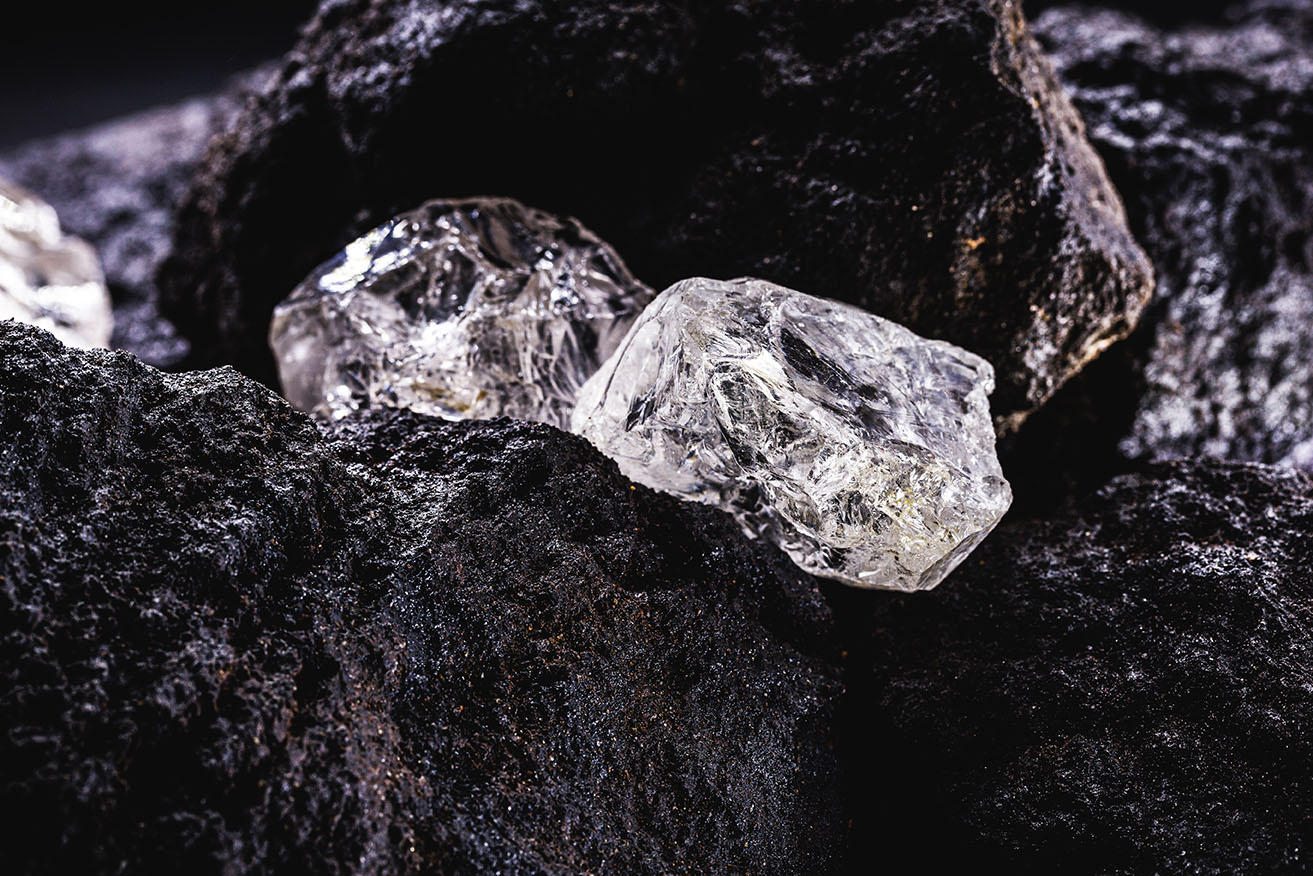 Contact us for a free evaluation from an expert gemologist