Home blog Uncategorized The Hardest Material In The World, Diamonds And Mohs Scale

The Hardest Material In The World, Diamonds And Mohs Scale The scales run through 1 to 10 when 10 is given only to diamonds and symbolizes the highest hardness.

The grade one goes to talc, which is the softest mineral in nature.

In order to check the hardness level of a mineral they go through a series of tests.

These tests evaluate the ability of one mineral to notch another mineral and so forth until the mineral in question is placed in the correct position in the hardness scale.

The Mohs scale in named after its inventor, a known mineralogist from Germany named Fredrich Mhos that published it 200 years ago, at 1812.

The primary scale he published had only 10 minerals scaling from the softest to the hardest.

Later-on, using these 10 basic minerals a hardness level was set to other minerals that weren’t on the original scale.

The grading is done by gradual testing of which is the strongest mineral in the scale in which they can make notches.

The importance of hardness of a gem (made of polished minerals).

In the jewelry field, throughout the years, minerals were added to the scale and their levels was focused on the state that a mineral can get hardness level with decimal points.

The assignment is done by testing a mineral for determining if it is assigned to, for example, score 7 and then among the minerals of the same primate to determine the accurate hardness, let’s assume 7.3.

It is important to know with this relation that the same mineral may have several different scores in the Mohs scale depending on its origin and quality.

This is very important for the jewelry industry since gems, that are polished from minerals that are not hard enough may break easily.

A good example is the gem turquoise that can get a score ranging from 5 to 7 in Mohs scale.

A turquoise with level 5 of Mohs scale is not a very effective stone for the jewelry industry due to its softness.

Generally, especially for prestige jewelry that are meant to serve for many years, it is better to use stones with hardness level of 7 or above.

The differences between the 10 minerals don’t represent absolute hardness but relativity, meaning, they represent that mineral X is harder than mineral Y but not the level of hardness.

Accordingly, diamonds are four times harder than Sapphire and Rubi (corundum) that have level 9 hardness in the Mohs scale, but Rubi is only twice as hard as Topaz.

This is the basic scale of mineral hardness according to Mohs scale:

List of the popular gems, at their best, hardness level of 7 and above: 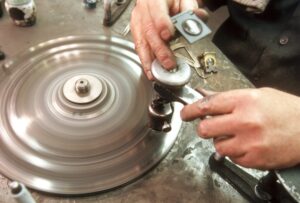 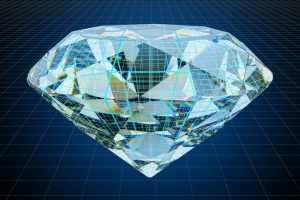 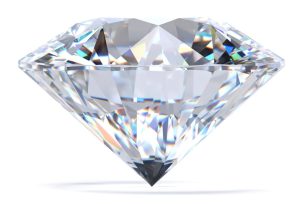 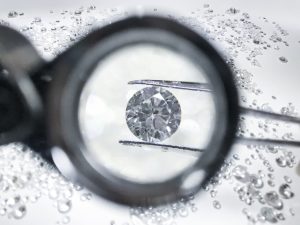